The demand for animal-friendly systems for egg production is rising quickly. The reason: today’s consumers in Europe and the world over want to enjoy eggs and egg products that meet the highest hygiene and animal welfare standards. In this context, Big Dutchman, one of the world market leaders for poultry equipment from Vechta-Calveslage in Germany, can now announce an impressive record. A total of 100 million laying hen places worldwide have been equipped with the NATURA aviary systems, which are considered to be especially animal-friendly.

The world market leader hit the 100 million mark in Kruščić, near the Serbian town of Kula. Two barns housing a total of 40,000 layers for barn egg production recently started operating here. The barns have been equipped with the NATURA Nova Twin aviary system, a variant of this product series that focuses on animal welfare. The family-owned company “Animal Commerce”, which manages farms on the Balkans with more than 400,000 layers and is based in Belgrad, ordered the new barns. Approximately 1000 retailers – from supermarkets to corner shops – receive eggs from Animal Commerce. 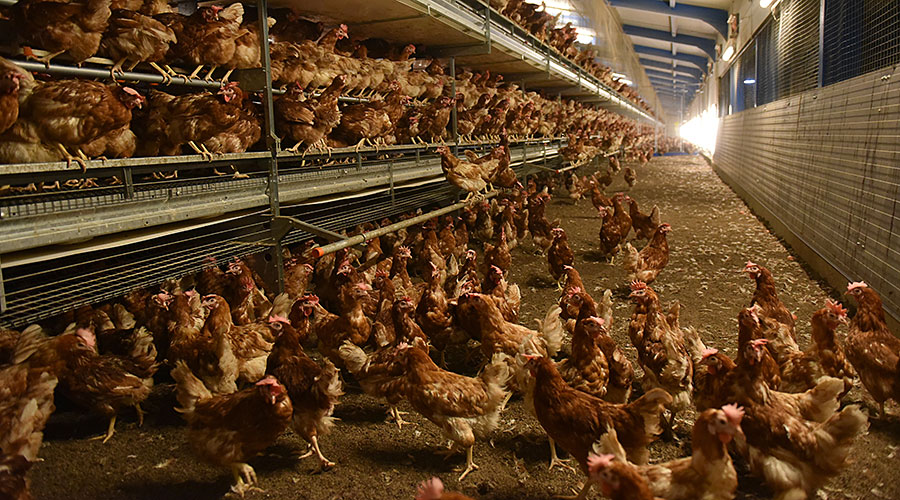 “We have learned from Big Dutchman that animal protection, sustainability and success are not mutually exclusive,” emphasised Lazar Mirkic, President of Animal Commerce, during the opening ceremony for the new poultry barns. These words will soon be followed by further actions, since a barn for egg production according to the European organic standard is already in the planning stages. The planned poultry house will also be equipped with an aviary system from the animal-friendly Natura series developed in Vechta.

“We are very proud that the NATURA family has been the leading animal welfare system for barn egg, free range and organic egg production for many years and would like to thank all customers who have helped making this possible,” said Big Dutchman CEO Bernd Meerpohl during the symbolic handing-over of the key in Serbia. Meerpohl also met with executive staff of Animal Commerce and visited some of their farms, all of which meet the strict EU standards for poultry management. Animal Commerce successfully manages the entire transparent and traceable production chain, from crop growing to feed production and poultry management, egg production and packaging. 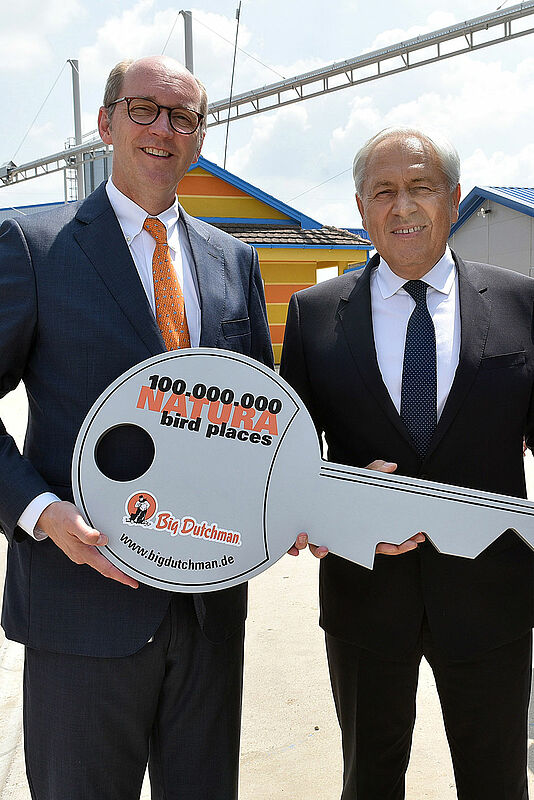